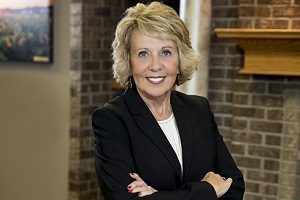 ick-Ass Woman is between 40 and 70. The Kick-Ass Woman is considered a successful professional, having achieved various career goals as well as being recognized by her community and peers as one who has it going on.

She has a small close-knit group of girlfriends that she attempts to squeeze in time with, yet that doesn’t seem to ever be enough. And although they share some very intimate details about their lives, she has never really confessed how inadequate she feels, how her self-confidence is quickly losing ground when she looks at the sagging skin, even though she works out 5x a week, uses the latest & greatest toner & moisturizer.

As a mother, she wonders sometimes if she did everything she could, but it’s too late now. Sometimes at night, she lies awake, worrying about her adult children and the decisions they will make. Did she teach them enough? Was she a good example? Do they know how much she loves them? Will they be okay?

As a woman, if she is married or in a relationship, she may struggle with her role. The Kick-Ass woman is independent, makes decisions 10 hours a day, and when she gets home, sometimes it’s hard to remember that you are not the boss anymore. Yet deep down, she really does desire to be loved and treated just as a woman by a man that respects her for who she is. Oh, but wait, that’s a bit of a dilemma. Who is she? He asks what she would like for dinner, because he’s cooking tonight. The Kick-Ass woman doesn’t know, because she always cooked everyone else’s favorites.

The Kick-Ass woman picks up a magazine at the airport as she rushes through the terminal to read on the 5-hour flight, her Ralph Lauren jacket thrown around her shoulders and her Gucci bag carrying more than it’s allotted weight. An interesting headline catches her eye, “What’s Your Dream?” Right now, her dream is to make her connection, get a glass of wine, and hopefully catch a quick nap before she must grab an Uber to the dinner meeting. But the headline gets her thinking… What is my dream? And the feelings of overwhelm, lack of self-confidence, lack of fulfillment begin to suffocate her. She finds it hard to breathe.

She makes it to the plane, sits down in first class, next to a handsome gentleman. The conversation begins… “You look lovely today, Ms…? “ And she says to herself, “If he only knew.”